Help for victims of #AlexFires 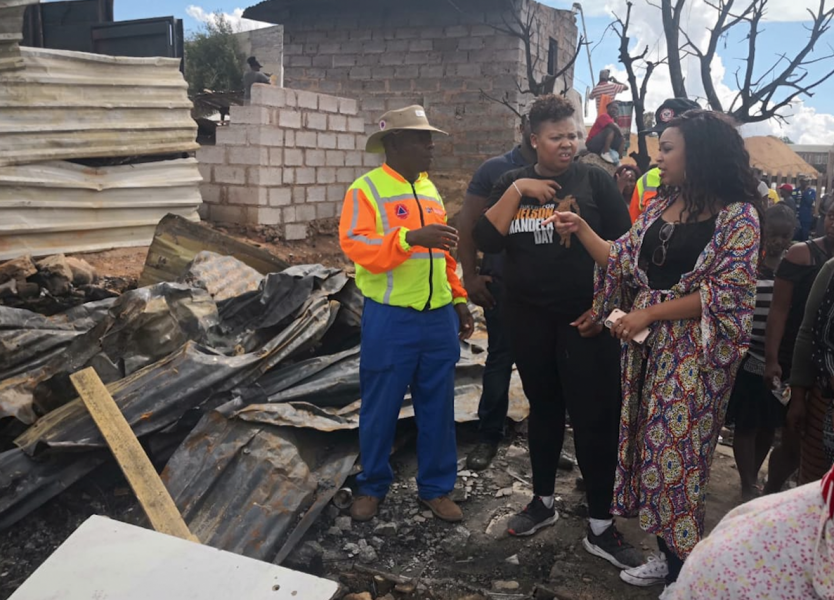 Anele Mdoda felt something horrible stir in her when she heard a fire ripped through 500 shacks in Alexandra informal settlement on Thursday, 6 December at about 4pm affecting the lives of over 150 people.  She knew that she had to do something.

The radio and television personality used all the platforms she has access to and tapped into her audience on 947 and her social media followers to assist her in helping those who had been displaced by the tragic event.

“The fire was beyond their control.  It could happen to any one of us. All I could think about was the fact that the little they had, was now gone.  And how long it will take to replace what they have worked so hard to build,” she said.

“I know the value of working hard for what you have and I cannot even begin to imagine the devastation and despair the residents, who were affected, must be feeling,” she added.  “Life can be a tough game.”

The following companies and individuals committed to assist the displaced residents:

Shoprite, together with Anele, Minnie Dlamini, Unathi Msengana and Celeste Ntuli will be cooking lunch for the residents at the Disaster Centre on Sunday, 9 December at 1pm.  Shoprite has donated bread rolls, boerewors and Oros, which will be served.

“I called for help and the response from the people of South Africa always amazes me.  We are such a giving nation.  It is plain and simple.  Everyone wants to help their fellow South African.  That’s what makes us unique,” she added.